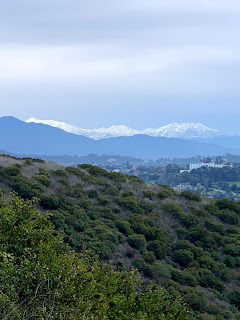 “This is not going to be a conversation,” the robot said once the the drum machine heavy hold-music stopped.

“This is a way to see one another,” she/he/they informed us. “Words are all we have.”

Four days before the year anniversary of our pandemic lockdown, my husband and I attended a performance of A Thousand Ways, an interactive theater piece created by Abigail Browde and Michael Silverstone, the two-person collective known as 600 Highwaymen. We were dressed not for the theater, but instead, in the soft clothes that have, over the last months, become our uniform. Minutes before show time, we took our cell phones to separate rooms, dialed a number and entered a personal code.

“This is not going to be a conversation.”

So what was it?

Besides the robot, there was only one other person on the line. A man. The robot asked us to choose to be A or B. I chose first, but I chose B. (Later, my husband would say this is typical of me. I often reserve what could be considered the better choice for the other person.)

The robot began to ask questions.  It wanted to know about the objects surrounding us. The man – we’ll now call him A. -- had a rolling chair from Ikea. He had a turtle shaped lamp. He had a painting of a bridge in Vancouver.

I took in the pile of books on my bed stand, the tangle of laundry on the dresser. There were three pairs of my shoes in three different areas. Walking shoes, running shoes, house slippers.

A was born in 1964. He had no tattoos. He had three siblings. He loved a person named Mark. (When he said the name, I could hear the love.)

“Some day this will be something we will laugh about,” the robot said.

A answered in the affirmative when asked if he’d ever shot a gun.

I was trying to take notes, but I was also trying to participate. I wanted to be all in. This is hard for me even if I’m not actively taking notes. My brain is recording, trying to make connections. The robot was asking me to set that aside.

“Words are not always enough.”

The man known only to me as A had a friend named Rex.

“Where is he?” the Robot wondered.

“Lying in a bed, trying not to suffer,” A answered.

Who had been my support? I could name at least a dozen people with no effort. Where were they now? Princeton, Atwater Village, Sandia Park, Albuquerque, Santa Monica. At a desk, a kitchen table, walking a trail, at a potter’s wheel, in the garden, on the beach.

“This is your luggage,” the robot said. “This is all the stuff you take with you.”

Could I change a tire? Start a fire? The robot fired off questions.

The robot asked us to rest the palms of our hands on our necks. We sat like that. The silence rose up between us. Together, we counted back from ten, alternating numbers. When directed, we traced the length of our forearms. We shifted from one place in the room to another.

The robot described a road in the desert. We were driving on that road. It was night. Our car broke down and so we decided to walk.

The stars above us were so bright.

The robot asked us to imagine the three of us there, together under the stars. And I saw us. In my mind, the robot was small, almost a child. A’s gray hair shone a little in the flicker of our fire.

As we neared the end of the hour-long conversation, I’d begun to form a picture of A in my mind. I could almost see him leaning against the door of my room, barefooted and dressed in a soft sweater. His hair was a little shaggy.

After a long year of isolation, I’m practiced in picturing the bodies and faces of loved ones. Perhaps this practice has made my brain nimble enough to conjure a stranger. Perhaps all this missing of the known has increased my love for and acceptance of the unknown.