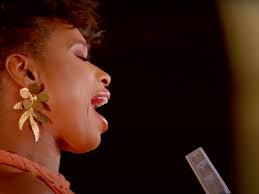 Tanya, your reaction and description of Jennifer Hudson's performance at the Democratic National Convention is every bit as powerful as her performance! Thank you for this!! xo